Dorothy L. Aldrich, by all accounts, was Friends of Music for the many years she served the group as its Administrator, a job that encompasses most of the day-to-day business activities of the organization. For more than two decades she was devoted to the group and to the myriad tasks required to successfully present the concerts. Some remember her saying something like “It will take two people to replace me,” but she was wrong: it took three of us! 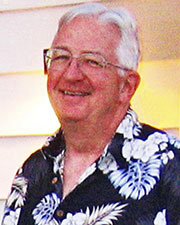 Known affectionately as “Jack” to those of us who had the privelege of working with him, the tenure of John Taylor Wadsworth as President of the Board of Directors could not have come at a more critical time for Friends of Music.

Following the rapid decline of Dorothy Aldrich’s health and her untimely death, there was no one who really knew what needed to be done since she had taken care of it all for so long. In addition to his work as President, Jack stepped in with his considerable intelligence and organizational skills and kept the series going until his own untimely passing less than a year after Dorothy.

Upon his retirement from the corporate world in New York City, Jack Wadsworth dedicated himself to working on the boards of many not-for-profit organizations in Delaware County. All would miss him greatly but none so much as Friends of Music.

The loss of two such key people in such a short time span could well have been the end of Friends of Music, which Mr. Wadsworth understood well. It is no exaggeration to say he spent some of his last hours making certain the necessary help would be available to keep this organization and the concert series going. Such dedication and commitment is a rare and precious thing, and we must be forever grateful to him. If this writer might be allowed a personal comment: I really miss you, Jack! You were a kind and interesting fellow, and a pleasure to work with. 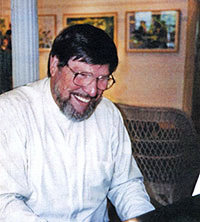 David C. Caddis was the tall, distinguished-looking gentlemen who often greeted us at concerts, who performed for us on the piano on a number of occasions, and who frequently served as page turner for visiting pianists.

A founding member of Friends of Music who served as the group’s President for several terms, we have him to thank for overseeing the renovations in the Cyr Center’s ballroom that resulted in the excellent acoustics we later took for granted, and for the extensive repairs made to the Steinway piano purchased in need of much renovation from the Juilliard School. 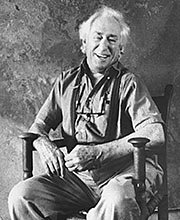 Many people who attended Friends of Music concerts in recent years will remember Dr. Harvey L. Slatin as the elderly man and acknowledged colorful character holding court at the back of the ballroom at the Cyr Center, often surrounded by friends.

A board member of Friends of Music for as long as any of us currently on the board can remember, Harvey Slatin served as our Vice President for many years. The music itself was not his primary interest; he focused instead on securing the funding that made the concert series possible and that helped keep the admission donations so low.

Dr. Slatin also had the great foresight and the necessary expertise to create the Friends of Music Web site before such things were common; he maintained the site until 2012 when he wanted more time to work on the novel he was writing. He was active in the community of Stamford and participated in several other organizations as well.