Critically acclaimed pianist Kristina Marinova performs four rhapsodies not often heard together in a live performance. These works for solo piano present a range of technical demands as well as contrasted moods, colors, and tonal progressions. They express spontaneity and bursts of improvisation with interplay between stark drama, dance, virtuosity, and dazzling yet tender reflection. 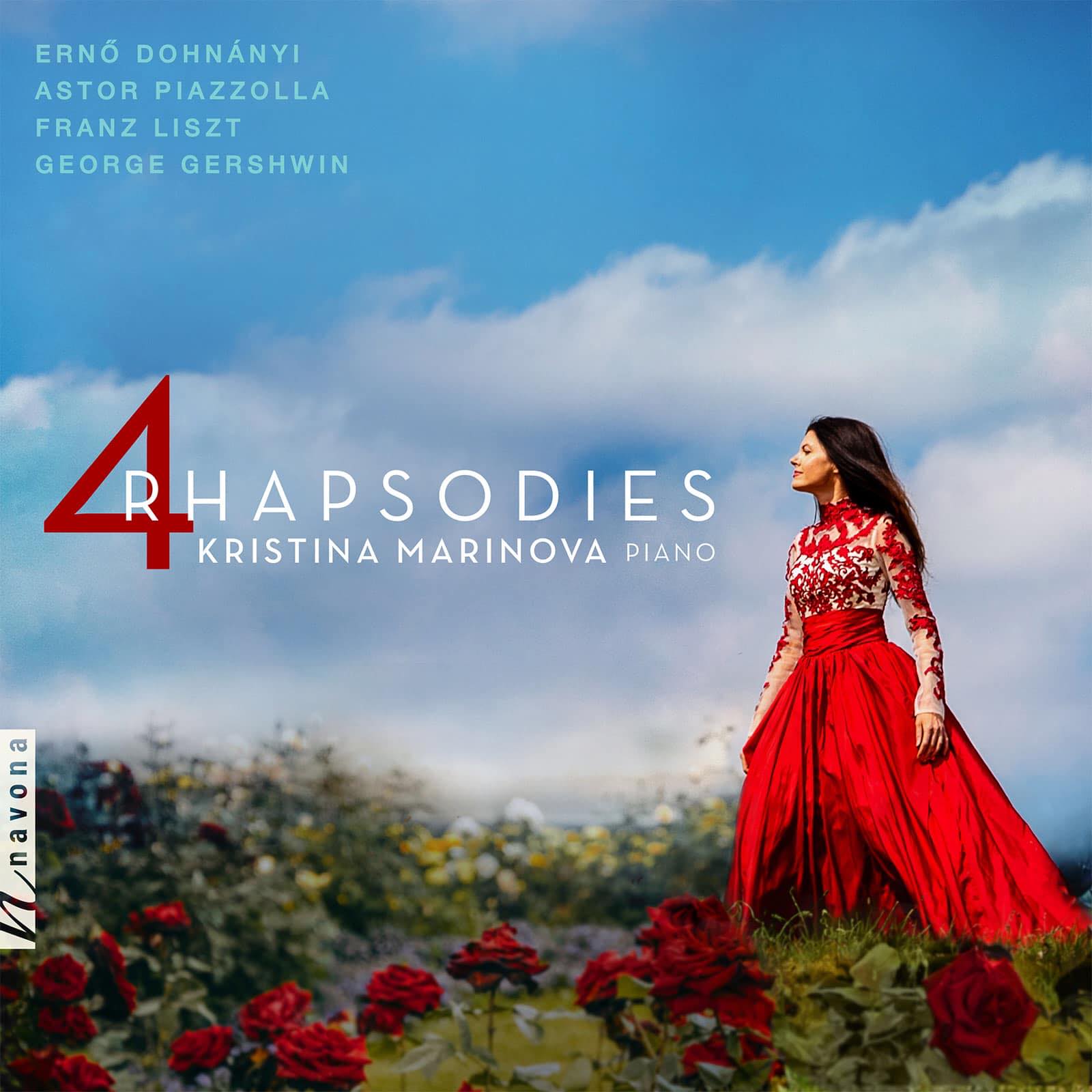 Kristina Marinova has been described as a virtuoso pianist with extreme energy and youthful vibrance. Her clear and precise tone enhances her stormy expressions and performances, full of grace, serenity, style, and beauty.

She is currently working on a new concert series in New York, a music festival in France, as well as numerous collaborative concerts in the US and Europe. Kristina will be performing her “4 Rhapsodies” album live at Carnegie Hall on January 31, 2022. Her next recording project will be the Goldberg Variations, BWV 988 by Johann Sebastian Bach.

A native of Plodiv, Bulgaria, Kristina entered the world of art at the age of four. She was accepted to the National Academy of Music and Dance for Gifted Children “Dobrin Petkov” and went on to attend the National Conservatory of Music in Sofia, Burgaria. The pianist holds a Masters Degree in Piano Performance from the University of Michigan, where she was offered a full graduate fellowship and later was invited to specialize at the Keyboard Collaborative Arts Program at the University of Southern California(USC).